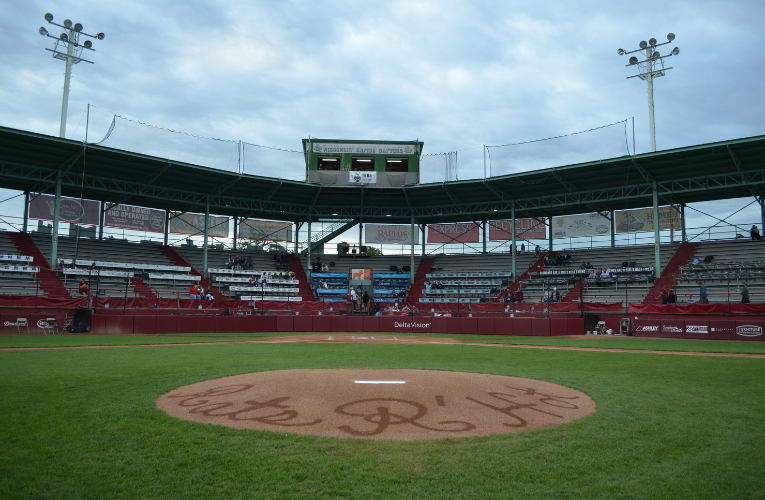 Baseball will be back at Witter Field on Monday, May 29.

Wisconsin Rapids, Wis. – Returning for the 13th season, the Wisconsin Rapids Rafters will play 72 games during the 2023 Northwoods League season that will begin on Monday, May 29. The Rafters will remain in the Great Lakes West Division and face the Wausau Woodchucks, Fond du Lac Dock Spiders, Green Bay Rockers, Madison Mallards, and the Lakeshore Chinooks. The Rafters will also play a home-and-home series with Great Lakes East members: Traverse City Pit Spitters, Kalamazoo Growlers, and the Battle Creek Battle Jacks.

There will be two Northwoods League All-Star Breaks, with the Great Lakes taking place July 24-26 in Traverse City, Michigan. The Great Plains All-Star Break will take place August 2-4 in Bismarck, North Dakota. There will be no Major League Dream Showcase this season. The Northwoods League Playoffs will begin on August 13, with the League Championship game taking place on August 17. Playoff participants will be determined by which team wins the first half of league play (May 29-July 4) and which team wins the second half (July 5-August 12).

Some highlights of the 2023 season include:

Take advantage of the action with our 9, 18, or 36-game ticket packages! Group Outings in the Ho-Chunk Gaming Nekoosa Rat Trap and the Point Craft River are now available for booking! Please call the Rafters Front Office at 715-424-5400, email [email protected], or stop by Witter Field at 521 Lincoln Street if interested. 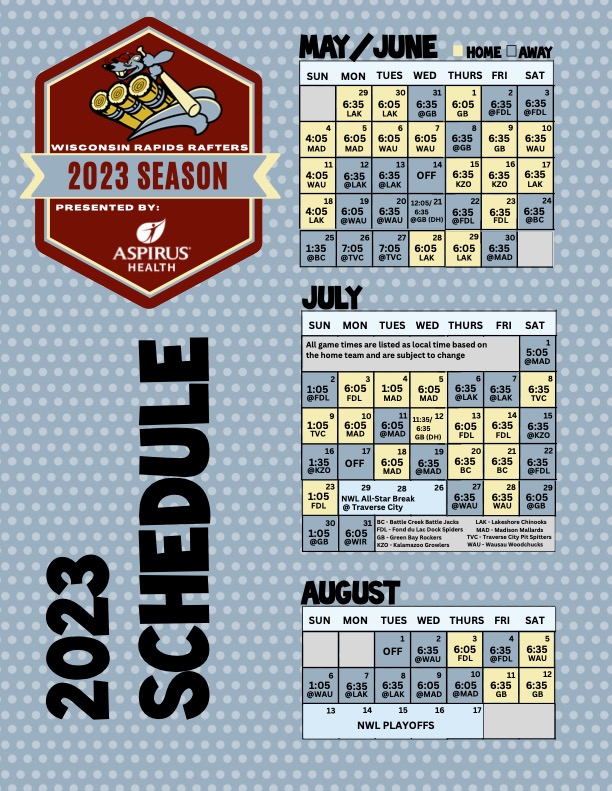